It’s not a Coachella Valley Music and Arts Festival without iconic fashion moments, and 2022 did not disappoint. After two years without the festival, attendees seemed eager to get their looks out onto the Empire Polo Club grounds in Indio.

Here are the top 10 fashion trends we noticed in the desert during both weekends this April.

Many festivalgoers channeled their inner goddess at Coachella 2022. Media personality Paris Hilton was one of many who chose to wear a flowy white dress during her time at Weekend 1. Not only could she stay cool throughout the day, but the breeze helped create a magical vibe.

The 1970s came back roaring both weekends at Coachella, and headliner Harry Styles, who always pushes the fashion envelope, may have been the inspiration. Plenty of people wore bellbottoms or high-waisted jeans and shorts, circular sunglasses, and fringe and lava lamp-inspired prints. Styles wore a wide-legged sparkly jumpsuit during his Weekend 1 performance.

Headliner Billie Eilish is known for her neon green hair (though she went all-black during Coachella Weekend 1), and festivalgoers incorporated it, and even more neon shades, into their outfits. Pops of pink, orange, yellow and green filled the desert landscape, making it very easy to find friends in the crowd.

It’s no surprise that it’s hot during Coachella, and people took full advantage of shedding layers. Swimsuits and bodysuits kept festivalgoers cool while the sun was out, but they likely got a bit chilly at night. We only hope that they applied their sunscreen throughout the weekend.

Why try to pair two different patterns when you can get a great matching two-piece? The sets — which consisted of tops with skirts, shorts or long pants — were full of variety, from solid colors to flowery getups to wild patterns.

You have to stay cool when you’re out in Indio, and bucket hats were the hit of the festival. Similar to a lot of other outfits, the hats came in a variety of shades, patterns and styles.

Boho is still a popular style at Coachella, and crochet made a huge splash both weekends. Crochet tops, pants, hats and even small patches sewn on clothing were all the craze, and thanks to their holey style, let people keep cool-ish during 80-degree days.

Even though fans of HBO’s “Euphoria” will have to wait more than a year for the next season, the show’s impact on makeup styles was obvious both weekends. Rhinestones, colorful eyeliner and glitter were just some of the expressive ways people accentuated their features.

Cowboy hats and boots took over Coachella — as they likely will again at the Stagecoach music festival April 29 through May 1. Many attendees added rhinestones and fringes to their hats (a la Orville Peck. who will perform Sunday), and they came in a variety of colors.

The hottest (coolest) fashion accessory at this year’s Coachella music festival were fans. Not only did they help keep the heat away, but they basically went with every outfit. Plus who doesn’t love to dramatically open a fan and flap it around?

Ema Sasic covers entertainment and health in the Coachella Valley. Reach her at [email protected] or on Twitter @ema_sasic. 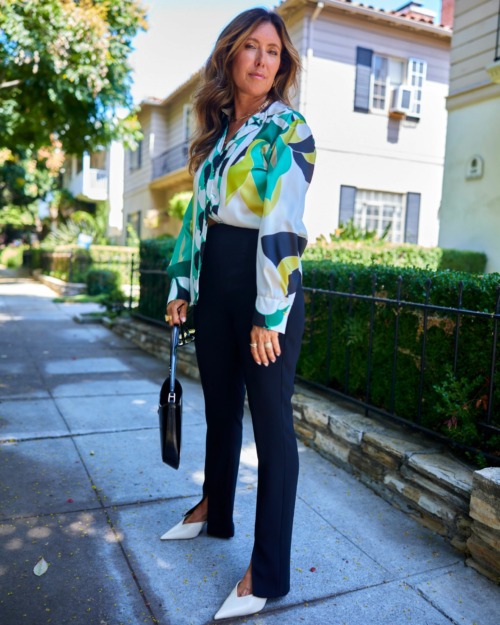