At some point or another over the last decade, a seismic cultural shift occurred. The fashion industry, once utterly dependent on trends, loosened its grip on the concept. I know this because when I began my career as a fashion editor in 2010, trends were the good guy. Designers, celebrities, and magazines functioned as gatekeepers, so to speak, and every season a fresh set of trends were ordained in — and everyone was OK with it. Fast forward to now, I ask someone (anyone!) what their favorite trend is and the response is reliably in the vein of: I’m not following fashion trends.

To go from a society that’s onboard with this concept to one that equates the term with fast fashion or lack of personal style is, at least for this writer, worth a deeper dive. It signals a countercultural moment that’s no doubt a result of the rise of social media and increase in the speed of technology. And climate change, too.

In an effort to contextualize why trend has become akin to a dirty word these days, I tapped a fashion historian, trend forecaster, stylist, and editor for their insights on how our attitude toward the virality of the items we wear has changed, why this might have happened, and the implications this holds for fashion’s future.

If you want to understand the state of trends in 2022, you have to rewind about a decade, to a time when a TikTok video about Twee style wouldn’t amass 216,000 comments and a million and a half views — when TikTok didn’t exist at all, for that matter. “The fashion industry once operated with a top down model, where luxury brands and industry insiders determined what was fashionable,” Trendalytics Content Strategist Kristin Breakell explains. “We looked to runways, magazines, and celebrities for the next big trend. Our access to these people was limited and it took awhile for trends to filter down to mass market brands and retailers.”

Celebrities especially had an impact on trend culture. The decision to put celebrities on the covers of magazines like Vogue had a direct correlation to women like Angelina Jolie or Natalie Portman being perceived as fashion authorities. “10 years ago, trends were indeed a more celebrity-driven process,” Eric Archibald, celebrity stylist, costume designer, and creative director at Diplomacy says. But fast forward to now, trends are no longer dictated by the select few; it’s become democratized and that shift can largely be attributed to the rise of social media — and subsequently — the rise of the influencer. “The business of setting trends is more influencer-driven now, influencers of all degrees,” Archibald adds. “Whether they have a million followers, or a thousand super-engaged followers, people are getting their style cues from social media.” And he’s right.

“Although actors, musicians, and performers still have an impact on style trends, social media influencers who are particularly adept at manipulating the medium are also significant gatekeepers,” Fashion and Design Curator Michelle Tolini Finamore tells me. She points to the phenomenon of street style as an example. “It would not have such an immense platform and such incredible popularity if not for the ‘everyday’ people who are using social media as a powerful instrument of self-expression.”

An Evolution In Meaning

Technology’s boom in the 2010s transformed the landscape of fashion and how trends are introduced and adopted, Breakell explains. “Our unlimited access to social media gives anyone the ability to influence the masses as people discover the latest trends scrolling through their Instagram and TikTok feeds.” It’s that key element of immediacy that’s responsible for technology’s influence on fashion trends. “Historically, when I think about the speed at which fashion and style trends have traveled relative to where we are today, the digital arena has been a complete game-changer,” Finamore says. “How long do TikToks and Snapchat posts stay in circulation? It is all so fleeting, as opposed to 10 years ago when there was still some reliance on paper sources such as fashion magazines. Waiting for a monthly magazine to deliver fashion news seems positively archaic.”

So, the mediums through which trends are created and consumed have changed — that’s for certain. But has the term itself evolved? For Breakell, it’s more about perception. “Fundamentally, a trend refers to something that is currently popular or a general direction of movement. While that definition has not changed over the years, the use of the word trend has evolved,” she says. “What used to refer to a style that would remain popular for years, now refers to an item that has soared in popularity on social media and will likely only remain relevant for a few months.” In other words, next week when you hear someone use the term trend, they’re more likely than not “referring to a micro trend or fad rather than a macro trend or movement,” Breakell continues. “Trends are now seen as these fleeting moments of mass popularity before they fizzle out, making room for the next one.”

Trend As A ‘Dirty Word’

You may have a few guesses as to why the word trend has lost its clout — for starters, it can promote an overly rapid, unsustainable cycle. “A trend’s introduction is quickly followed by its over saturation and obsolescence,” Breakell says. “And while the democratization of fashion has brought a lot of positivity … the shortened trend cycle perpetuates everything that is wrong with the industry: promoting overconsumption, producing waste, and encouraging unhealthy social comparison. Just as the beauty industry capitalizes on women’s insecurities, the fashion industry preys on people’s desire to fit in.”

In other words, trend culture has become synonymous with what Breakell calls throwaway culture. “By the time someone invests in a trend, it’s already on its way out. Supporting fast fashion brands is required for people to stay ahead of the curve, but forces us to come to terms with the ethical issues of the industry, including its harmful environmental and labor practices. While the argument for or against fast fashion is nuanced, it’s safe to say nobody really needs $1,000 worth of SHEIN clothing.”

Environmental factors aside, there’s also the component of trend culture operating on a platform of exclusivity. For THE YES Creative Director Taylor Tomasi Hill, trends have never been her bag. “Those that know me well, know that I’ve never been a big fan of reporting trends — or dressing according to them,” she says. “I think the word ‘trend’ can feel negative when it’s used in a strict sense because it can sound exclusionary or judgmental. You’re in fashion because you bought this bag or you’re out because you’re wearing this silhouette. It sounds homogenized, leaving little room for personal style or self expression. We’re stylish individuals, not lemmings!”

This negative connotation, Archibald adds, has always been linked with the concept of trend, but it doesn’t necessarily have to be framed that way. “To some, it implies superficiality. I believe that there are many people who want to stay current and up to date — and that’s not inauthentic to me,” he says. “It’s more a mindset that is expansive, curious, and open. New ideas are always being put out into the world, always evolving.” And with this evolution comes the potential of a refreshed definition of what a trend is and the part it plays in the industry; one that’s centered around creative identity and less focused on consumption.

Looking Towards The Future

All experts seem to agree that sense of self is at the root of why someone may or may not follow trends. “The rise in individual style and self-expression fostered by social media has resulted in people wanting to carve out their own space and a unique identity that does not feel too contrived or too trendy,” Finamore says. “I have heard my teenagers cycle through various phrases to connote hipness — Gucci, Fire, Dope, Respect the Drip, Slay — but I can barely keep up with how quickly those phrases change. They seem to come in and out of fashion as quickly as the style trends (or should I not use that word?). It is clear from my conversations with them that it is important to be in style, but not be so wedded to contemporary trends that you lose your own sense of individualism.”

So where does that leave things? It is unlikely that fashion trends will cease to exist; it is human nature to collectively engage with an object or idea that resonates with the times. But the power of a trend may be weakening. “I do think that the interest in distinctive self-fashioning means that trends are not as powerful as they once were,” Finamore says. “The rising interest in buying vintage and consignment or renting garments rather than owning seem to be a strong indicator that young fashion consumers are no longer as interested in style directives from the runway as they once were.”

Also a likely scenario: A continuation in the evolution of the meaning of trend. “Talking about the rise of sustainability or coordinating sweatsuits is more like fashion reporting — keeping a pulse on what people are wearing and what designers are creating,” Tomasi Hill says. “So, in a literal sense, you’re talking about what’s trending. But I think that’s very different than telling you what pieces you mindlessly have to add to your closet, regardless of if it looks good on you or if you really love it.”

Loosening the grip on trends in this ‘mindless’ context is arguably for the best and probably a good step forward for humanity. “There is nothing inherently wrong with trends as long as people participate in them thoughtfully,” Breakell says. “Rather than blindly following the latest trend on social media, we should be focused on developing our own personal style, investing in pieces that we genuinely love regardless of how popular they are. If we change the way we approach them, trends could represent an opportunity to be creative and explore our own identity.” 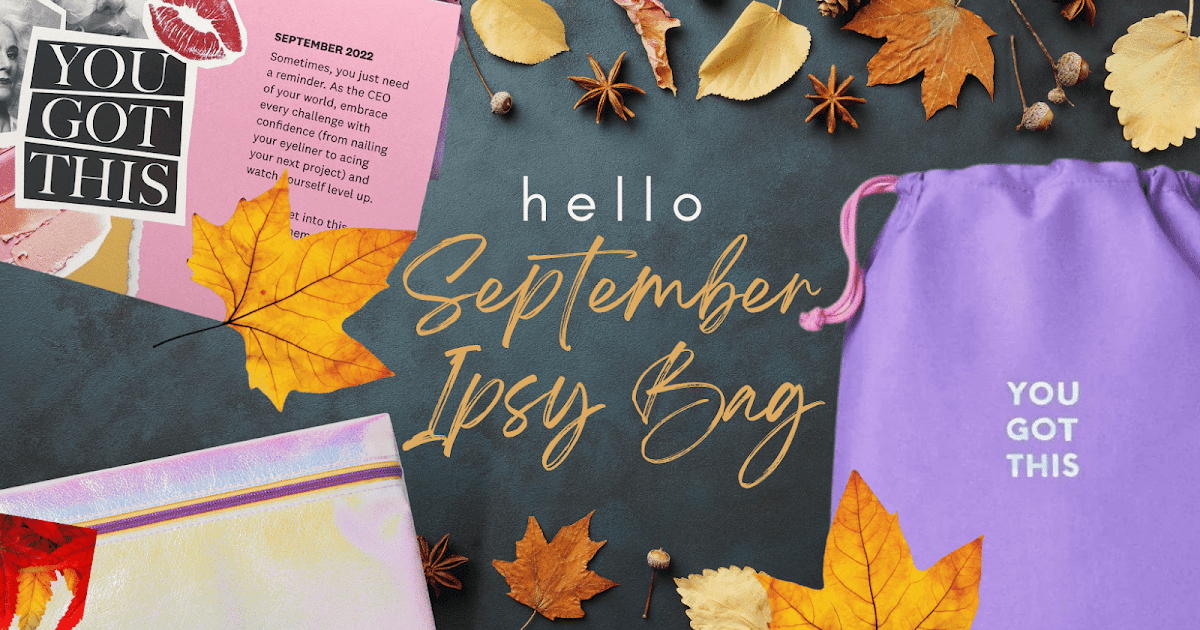